You are here: Home / Brazil / Belem in the Amazonian region of Brazil

The city of Belem has an important history as the outpost for the European colonisers to explore the Amazon region (en.wikipedia.org/wiki/Belem).

To reach Belem from Chapada Diamantina a long night by bus to Salvador de Bahia to get my first flight after over 4 months travelling around South America. 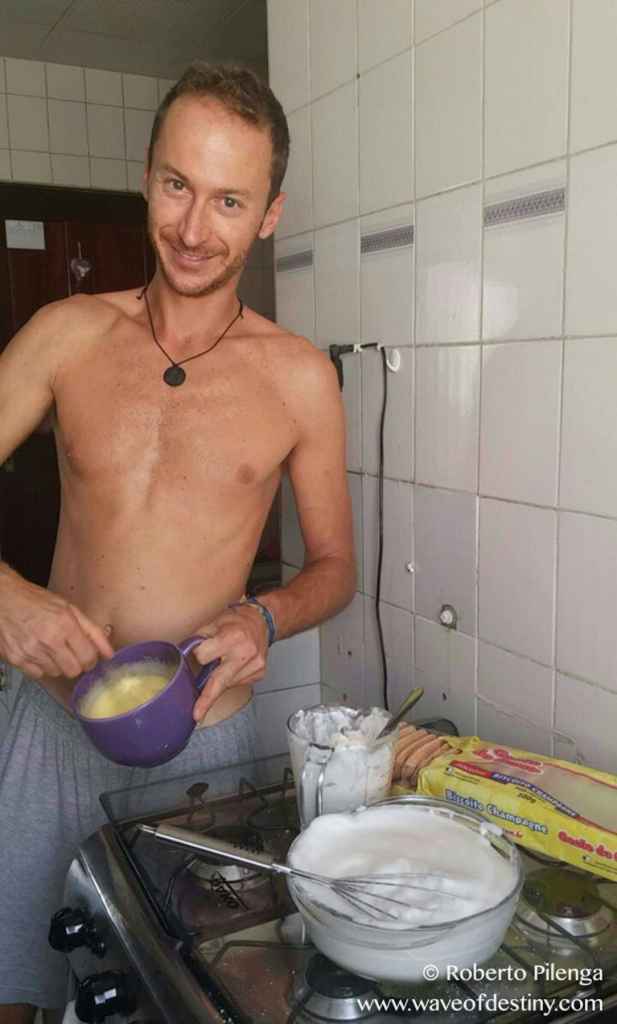 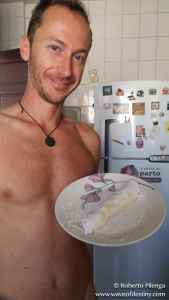 Thanks to Couch-surfing (www.couchsurfing.com), I meet a new friend Jess, a local girl who speak perfectly English and guests me with her cat for the following four days showing me around the city.

We exchange culinary recipes: while I learn how to cook the best Tapioca, a typical breakfast here in Brazil, and start loving Aḉaj, an energy dessert made of smashed and frozen aḉai fruit typical of the Amazon region, she will have typical Italian spaghetti and her first homemade Tiramisu, also thanks to some hints from www.giallozafferano.it (an Italian website of recipes).

The city is huge, but the most interesting part for me is concentrated on the riverside with the market Ver-o-Peso and the near by old harbour. 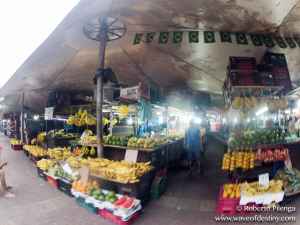 Ver-o-Peso is indeed the local market filled with fisherman, artisans, but I’m attracted by the fruit sellers. On their stand fruits and vegetable I didn’t either know the existence of: Guavas (Goiaba), Atemoia, various type of Passionfruit/maracujá, Jabuticaba, Açaí …

As in any modern shopping mall just next to the market there is the food court: same same but different they would say in Thailand. Plenty of small stands stay with their own open air kitchen stay one next to each other with plastic tables and chairs filled with people and bottles of Brahma (the local beer) everywhere. The kitchen is not a star Michelin but the fish and chips is definitely better than an modern world fast-food!

Following the coast just 100 meters later seems to enter in a different city and another world reaching the old harbour.

The quay and the old buildings have been indeed completely renovated. While keeping the old structure of the buildings and even the fashionable cranes the area looks new and is filled with trendy restaurants, shops and the “best ice-cream place of the world” (standing to my Brazilian friend): dear Jess even if good for South America standard you should come to Italy to get the best ice-cream! 😉

At night we visit Ver-o-Rio for a walk next to the water while exchanging travel experiences. Next is the pretty touristic but anyway interesting Ecological Parque Mangal das Gracas. We climb the tower offering a view on the whole city and the surrounding river. We visit a tent guesting butterflies, while in the next one I test on my skin the theory that Piranha does attack you only if bleeding…after diving my hand in the pool full of Piranha I can confirm that the theory is apparently truth.

It’s worth a walk especially at sunset also the area near the Forte do Presepio and the Catedral Metropolitana, maybe after some shopping in the various hammock shops spread in the streets parallel to Ver-o-Rio.

Thanks to Jess I will also discover one of the most unique shots I ever had (and I had many): the Cachaça de Jambù! This typical soup from the Amazon makes your lips and tongue go numb! I couldn’t believe that and I obviously had to try it: what a strange and uncontrollable feeling!

The same experience brings to me two new local friends who suddenly decide to bring me to discover the following day Ilha Mosqueiro. Few hours later I’m on board the car of Paulo with Leol and his girlfriends in direction of the beach. The route is longer than I expected and two hours later we finally park the car in front of a sandy beach just in time to protect ourself from the heavy rain. The restaurant is simple as its menu, but the fresh fish is good even fried 😉

Thanks Leo and Paulo for the great daily tour!

The city is pretty safe, but as usual we’re in South America and especially in Brazil…

So might be obvious to say, but always keep both eyes widely open, don’t dress too flashy, avoid jewellery and avoid to walk on your own in the streets when it’s dark. Ask the tourist information and the hostel staff on which areas are safe and which are not, and if you see no-one around you might be a good idea to walk back on a more crowded area or take a taxi home.

Next destination Parintins and the festival of Boi Bumba!

Unluckily the boat from Belem up the river to Parintins is leaving only on Tuesday and proceeding upstream against the current I would arrive too late for the party. “At least one solution” (as always says a good friend) and with two hours of flight I’m in Manaus to join a group of locals for the trip to Parintins with the “hammock-boat”…

Thanks Jess for the great days in Belem, a real pearl of the Amazon!